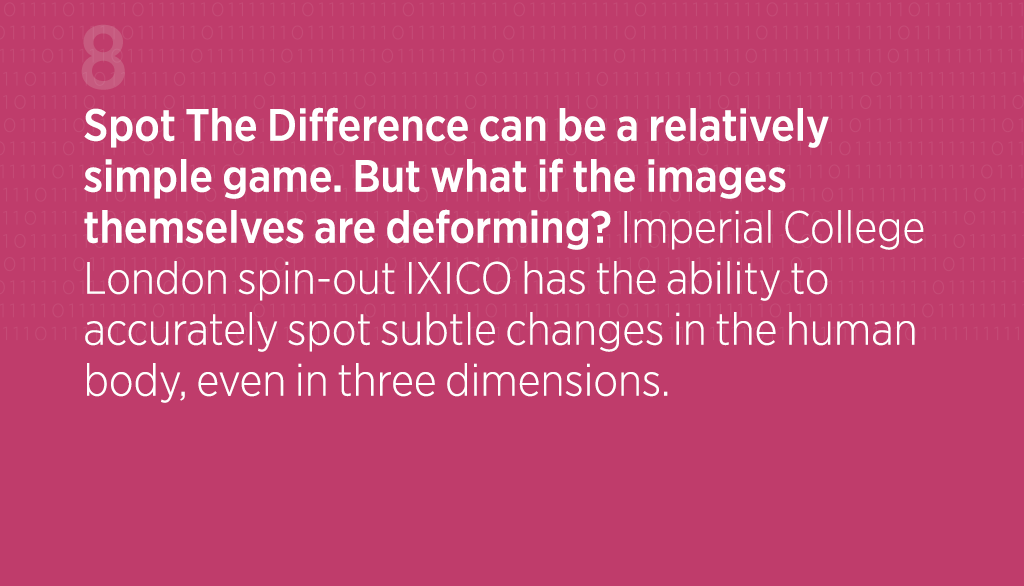 These days, it is reasonably commonplace for doctors to use scans to assess a person’s health.

The clinician will review an image, looking for changes to previous scans or areas that may be anatomically abnormal. This is how they discover if a person has sustained injury or developed an illness that needs treatment.

Comparing two images might seem straightforward enough, as long as you know where to look. However, organs don’t always look the same. Aside from changes in position and perspective, issues such as tissue deformation and motion from breathing can even make two images of the same organ look very different. 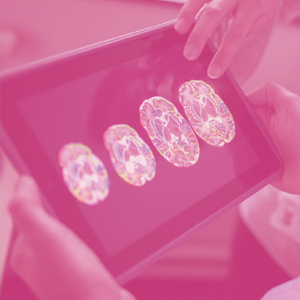 This is why IXICO has proved so popular in the healthcare and pharmaceutical industry. Born out of the work of Imperial College London’s Biomedical Image Analysis Group, the company licenses a system which can map one image onto another, even if it is distorted, giving clinicians the opportunity to look for changes and possible symptoms.

The process has been used predominantly in the analysis of brain scans. It returns highly accurate results that are invaluable in diagnosis, and save a significant amount of money in clinical drug trials. It is even being trialled to discover how it might help spot the symptoms of Alzheimer’s Disease at an earlier stage.

“Our technology might not lead to the discovery of a drug per se”, says group founder Professor Daniel Rueckert. “But it does provide a very efficient way of testing whether it works or not.”

Professor’s Rueckert’s background is in computer science, but he began to see how his skills could be applied to healthcare while completing a post-doctorate at a hospital. He joined Imperial in 1999, and founded the group.

The problem is this: if you are trying to compare two rigid 2D or 3D images, there are only a small number of ways an object could move. However, if the object is able to distort in some way, the possibilities multiply dramatically.

“It is used to allow animated characters to move smoothly. We adopted a similar technique to animate a 3D volume, and match it to another by deforming it.

“It allows you to treat the image like an elastic material such as rubber. If you have a cube of rubber and pull on its corner, it will deform in quite a smooth way. You can pull on this cube at every point until you get the deformation you need. That way, we can match images that look very dissimilar.”

This technique has allowed researchers to compute “imaging biomarkers”, or measurements that are used to assess changes caused by a treatment or therapy. 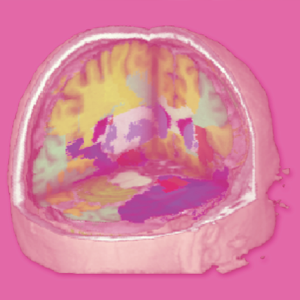 “We knew we could potentially solve a lot of problems, but we found it difficult to get the big companies like GE, Siemens and Philips to integrate it”, says Professor Rueckert. “So we decided the best way to deliver these solutions was to set up IXICO.”

IXICO was launched in late 2004. By 2006 the researchers had developed their work to the point where they could confidently begin applying it to various areas. One particularly useful application came in an area known as “image segmentation”. Previously, experts would use an annotated “atlas” to identify which points belonged to a particular structure within the organ. The Biomedical Image Analysis team combines multiple images and a machine-learning element to build a more robust and accurate segmentation tool.

Their approach became a standard for medical image segmentation, particularly for cardiac, neurological and abdominal images.

IXICO focused its solution on two main areas: Healthcare diagnostics and clinical trials. The approach certainly made sense for the pharmaceutical industry, as clinical trials are by no means cheap. A Deutsche Bank Market Report in August 2012 estimated that the average cost of a new, approved drug had ballooned from $100m in 1979 to $1.9bn in 2011. IXICO’s promise of more accurate results would allow companies to test fewer candidates, which was a big consideration.

“In commercial terms, the cost of a clinical trial is measured on how many patients you need to determine success. If you have inaccurate measurements you need a large number of subjects, because any individual measurement you make is not very reliable.

“If you say that every patient costs the company at least $30,000 per trial, accurate measurements can be a huge cost saving.”

Interest from clients all over the world has helped IXICO grow from a five person company in 2008 to a 40-strong operation in 2013. It has secured more than £17m worth of business from global pharmaceutical companies such as GSK and Pfizer, and its revenues have trebled to £3.6m over the last three years.

It is also been used to analyse medical images from centres in North and Latin America, Europe, Asia and Australasia. It has been involved in more than 40 clinical trials, involving more than 10,000 subject visits.

IXICO has primarily focused on the brain so far. It has developed products for diagnostic use which are undergoing trials at new NHS brain health centres. There are also plans to look at the heart and the musculo-skeletal system.

Imaging biomarkers will almost certainly play a huge role in the future treatment of Alzheimer’s Disease. It is generally agreed that the disease is best treated in the pre-dementia phase, and the US Food and Drug Administration is currently reviewing an application to use MRI imaging to measure the volume of a segment of the brain called the hippocampus. This is a less invasive option than acquiring cerebrospinal fluid for analysis.

With these applications in the works, Professor Rueckert is keen to go further still.

“The next big step is to go beyond measuring things that we now believe are useful. Now we’re measuring the volume of a structure, such as the hippocampus. In future, we want to discover what we should measure in the images without the clinician telling us in advance.

“If you give us 1,000 images of some disease, we want to be able to find out what these patients have in common. We currently rely a lot on older textbooks about anatomy. A disease might have other important characteristics that are very subtle. We have a chance to find them using machine-learning.” 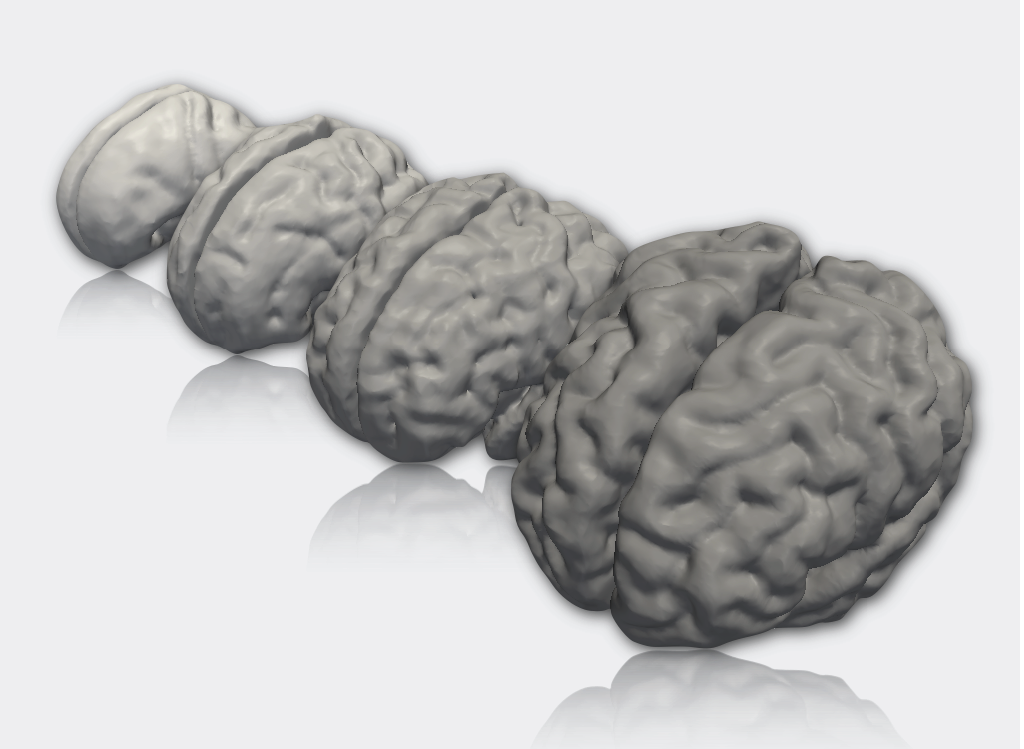 http://cs-academic-impact.uk/spot-the-difference/2015-05-21T21:30:57+00:00Naomi AtkinsonCase Study
These days, it is reasonably commonplace for doctors to use scans to assess a person’s health. The clinician will review an image, looking for changes to previous scans or areas that may be anatomically abnormal. This is how they discover if a person has sustained injury or developed an illness...
Naomi Atkinsonnaomi@naomiatkinsondesign.comAdministratorImpact