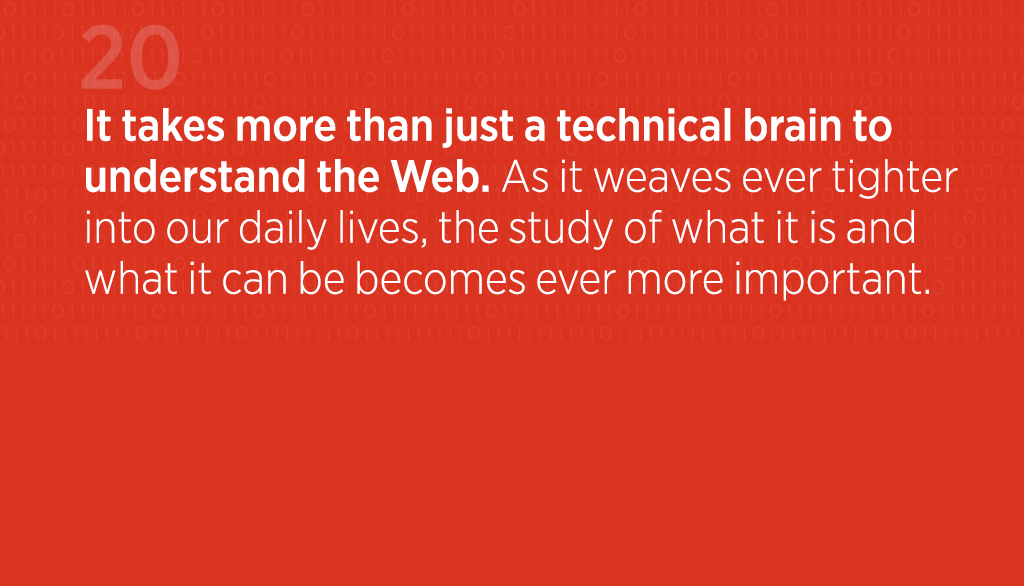 “Why does the Web matter?”, Professor Sir Nigel Shadbolt asked a Royal Society audience in 2013. “Because it’s us.”

It may have been invented and shaped by British scientists, but the Web is no longer just a feat of engineering. It has been described as “the nervous system of the 21st Century” and is a huge part of nearly everything we do, from communicating amongst friends to sharing news and managing our finances. 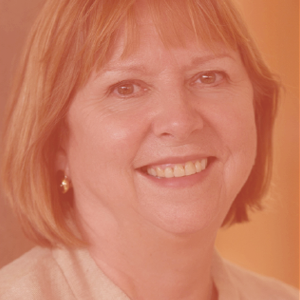 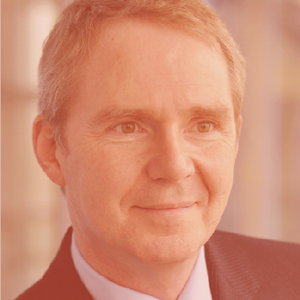 So when Web pioneers such as Professor Dame Wendy Hall, Professor Sir Nigel Shadbolt and Professor Sir Tim Berners-Lee called for the creation of a new subject christened “Web Science” in 2006, they weren’t just introducing a computer science subject. They were inviting many different disciplines to investigate the many ways in which the Web shapes society, and society shapes the Web.

“We began to realise that you couldn’t just think about the Web from a computer science perspective. It is a socio-technical issue.”, says Dame Wendy. “The essence of the Web is that it evolves and  grows because people put content on it. It’s crafted by millions of people.”

While it was CERN scientist Tim Berners-Lee that invented the Web itself in 1989, the University of Southampton has played a large part in of the story of its development. Just before the Web emerged, Wendy Hall’s team created Microcosm, a system that allowed users to browse collections of hypermedia information from text to sound and video. This was one of the first open hypermedia systems in the world.

Artificial intelligence expert Nigel Shadbolt arrived at Southampton in 2000. His research helped to develop the vision of the “Semantic Web”, in which information on the Web is converted into a form that allows machines to interpret and connect it in different ways.

With others, Hall, Shadbolt and Berners-Lee produced a paper published in Science, which called for an interdisciplinary study of the Web,  its impact and its development.

“Fundamentally our ambition was to promote the notion that the emergence of this global eco-system was an object of study in its own right”, says Sir Nigel. “There were constituent existing disciplines, but they needed to be brought together to provide a systems-level view. We wanted a way of looking at this system that did justice to its technical, social and dynamic aspects”.

In 2006, MIT and Southampton combined to form the Web Science Research Initiative, which aimed to probe the technical, social and scientific questions behind the growth of the web. In 2009, WSRI was transformed into the Web Science Trust, a charity that facilitates the development of Web Science research and education globally and coordinates WSTNet, a network of 15 Web Science research labs around the world. The trust also coordinates the Web Observatory, a decentralized repository of data about all aspects of Web and out interaction with it. The Web Observatory is designed to advance our understanding of the Web and how it supports economic and social prosperity.

In 2009, the University of Southampton was awarded £6m in EPSRC funding to create a Doctoral Training Centre for Web Science, partnering with organisations such as the BBC, NHS, IBM and Dow Jones to furnish graduates with the skills to understand and develop the Web. These graduates have gone on to roles private and public sector organisations such as Price Waterhouse Coopers and the UK Civil Service. The Web Science Trust’s curriculum development programme has helped to develop the content of Web Science degrees from the UK to South Korea.

“There are many paradoxes to the Internet”, Dame Wendy adds. “There’s open versus closed, surveillance versus privacy, and freedom of speech versus closed networks”.

“All the things that happen in ‘real-life’ are happening on the Internet at scale in a way that we don’t fully understand, and it’s happening very fast. Web Science is about looking at what we can learn, what we can predict, and how we can protect without shutting something down.

“We learned how to create a more civilised society over time, and that took centuries to evolve. The Internet is evolving in a very short space of time. So how do we make sure it’s good for humanity and enables people to share, disseminate and create new knowledge, while at the same time making it as safe a space as possible?”

The Web and Internet Science group’s work at Southampton has also helped to shape World Wide Web Consortium standards in areas such as rich linking and the PROV language relating to provenance. It was instrumental in the organisation of the world’s first International Web Science Conference in 2009. Two years later, the Association for Computing Machinery officially recognised Web Science as a research discipline.

Former Google CEO Eric Schmidt has stressed that web science “represents a pretty big next step in the evolution of information”. He adds that it is a discipline that is “likely to have a lot of influence on the next generation of researchers, scientists and entrepreneurs”. Google’s support has been echoed by firms such as BT, IBM, InfoSys, NESTA, the Web Foundation and Switch.

Many public and private organisations have heeded the group’s advice on how to present data for an evolving web. Sir Nigel and Sir Tim led the UK effort to publish as much government data as possible as open data which resulted in data.gov.uk and the founding of the Open Data Institute. Open data is an active area of research, development and deployment in Web Science. The principles for public data publication suggested by the University of Southampton have been adopted by the UK Government, which publishes data in such a way that computers can connect data that isn’t explicitly linked.  Examples include the National Archives’ legislation.gov.uk and DCLG’s opendatacommunities.org. The London Gazette is also published using linked data. This trend toward open linked data pioneered by the UK is now an international trend. In the United States, the National Climate Assessment report to Congress makes its sources publicly available, referencing its author team and more than 550 technical inputs from papers to datasets and graphs.

Southampton’s semantic web research birthed a spin-out called Garlik, which protects consumers from identity theft and fraud. It had over half a million users in December 2011, and has since been acquired by global firm Experian.

“The Web originated from a collegiate community of scientists and engineers”, says Sir Nigel. “As it becomes more mainstream, assumptions of trust can’t hold. You have fewer assurances that the content you see is what it claims to be. That’s going to be even more important as more aspects of life get moved into the digital realm.”

Research into Web Science is playing a key role in influencing how we see the Web, and prompting discussion on what we want it to be in future. As well as exploring issues such as copyright protection and net neutrality, the group hopes to develop predictive models that would give organisations a better idea of how best to approach and connect with users online.

“You can’t predict that one raindrop will fall in a certain place, but you can predict that a large amount of rain will fall in one area”, adds Dame Wendy. “We’ve become better at predicting the weather over the years, as we have decades worth of data.

“The more we understand about human behaviour in these systems, the better the chance that we can help build the evidence base and robust models to more accurately predict possible futures for the Web. It’s helping us look after the health of the digital planet.” 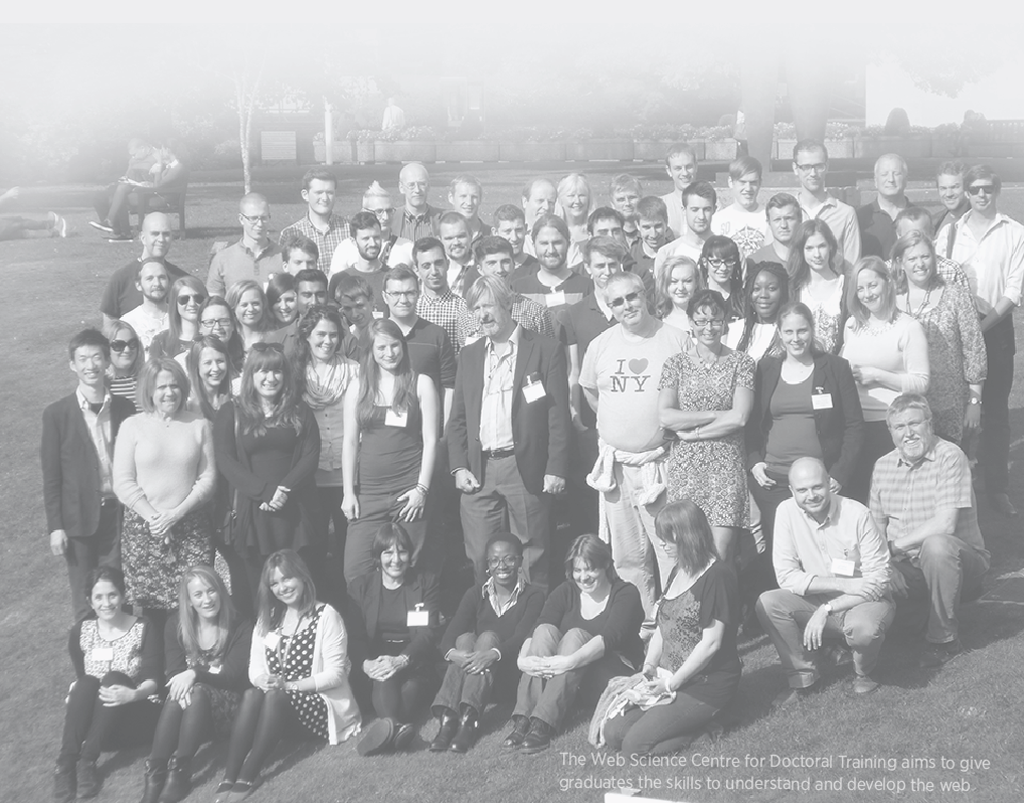 http://cs-academic-impact.uk/the-web/2015-05-21T15:30:37+00:00Naomi AtkinsonCase Study
“Why does the Web matter?”, Professor Sir Nigel Shadbolt asked a Royal Society audience in 2013. “Because it’s us.” It may have been invented and shaped by British scientists, but the Web is no longer just a feat of engineering. It has been described as “the nervous system of the...
Naomi Atkinsonnaomi@naomiatkinsondesign.comAdministratorImpact