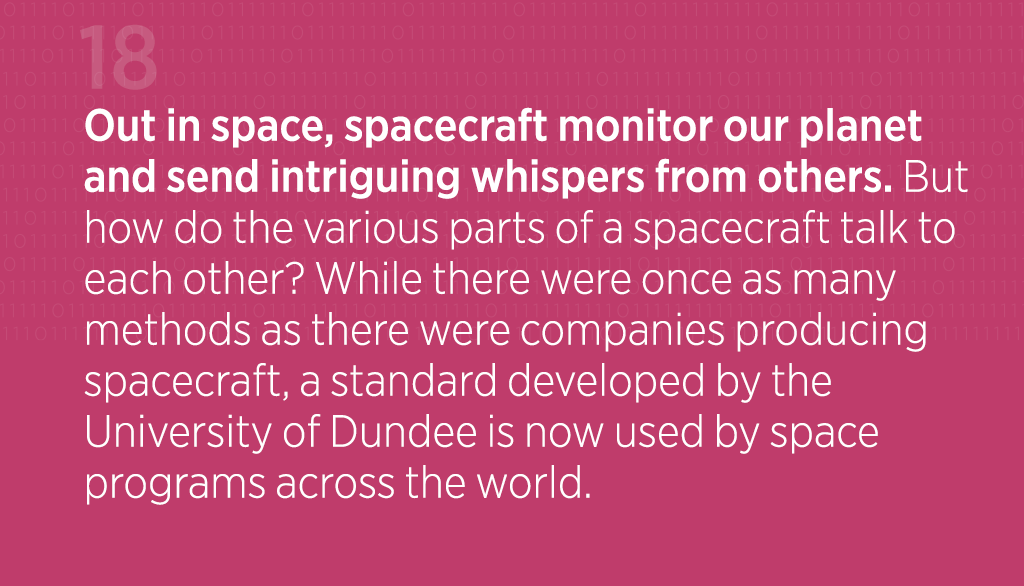 Almost a hundred satellites, probes and other spacecraft are launched each year.

They are dispatched to monitor the Earth, explore other planets in our solar system, study the wider universe, and provide commercial communication services.

Most spacecraft are unmanned, and need a reliable and effective way to handle data, store it, process it and move it around the spacecraft from one unit to another. In the past, different organisations had different systems for achieving this, so communication and compatibility was a major headache. 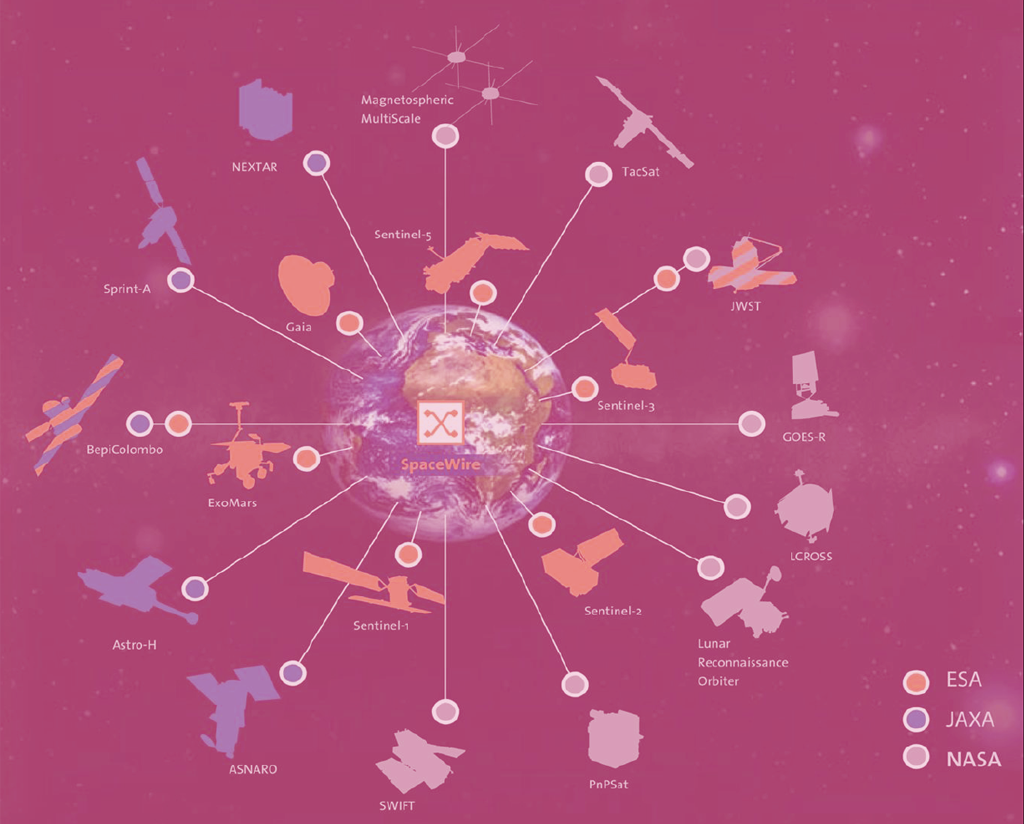 SpaceWire is a standard for high-speed links and networks on spacecraft, connecting instruments, mass-memory and other on-board systems in a similar way to USB connecting peripheral devices to a computer.

This transformative standard is the result of the combined work of spacecraft engineers, the European Space Agency (ESA), and academics from the University of Dundee.

“SpaceWire is an on-board computer network, used for connecting electronic units”, says Steve Parkes, who began work on spacecraft data network technology back in 1998. “It provides the nervous system of a spacecraft”. 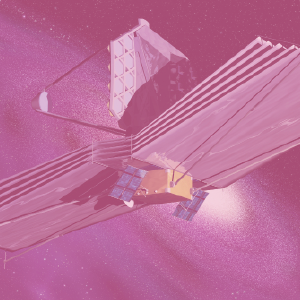 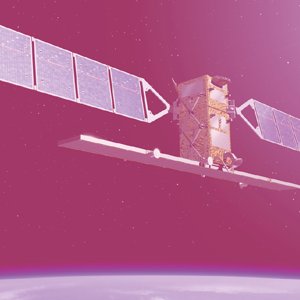 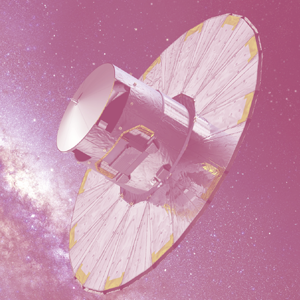 “A typical spacecraft will have telescopes or other instruments looking down at the Earth, mapping the surface of another planet, or directed further out into space. SpaceWire enables spacecraft to gather data from these instruments to pass it efficiently to the on-board storage and processing systems, and for it to be sent to the radio downlink unit for transmission to Earth.”

Dundee was a key player in the development of SpaceWire back in 2003, with funding from the ESA. It is now widely used in the industry, and is integrated in many current space missions run by the ESA, US National Aeronautics and Space Administration (NASA), Japanese Aerospace Exploration Agency (JAXA) and the Russian Federal Space Agency (Roscosmos).

Its popularity lies in the fact that it is simple, operates at high-speed with low power consumption, and has small implementation cost. It is also designed with compatibility in mind, which means units designed by one organisation can communicate with other units designed by another group or space agency. An instrument or other unit designed with a SpaceWire interface can be used on several missions across different space programs.

“SpaceWire is an open standard”, says Parkes. “Anybody can use the technology to develop spacecraft on-board networks. At the University of Dundee, the main aim was to ensure that the standard was used as widely as possible.  It’s now being used by all of the world’s space agents and most of the international aerospace industry. If someone in China makes an instrument to go on a spacecraft, they can fly it on an American spacecraft as there’s a common interface.”

The lack of an appropriate shared standard was a problem before SpaceWire. Many different communications links ended up being used on spacecraft interfaces, and these ended up adding to the mission cost and to the integration and test time. Attempts were made to use commercial technology like FireWire (IEEE 1394) and IEEE 1355 used in Science laboratories, but they were flawed in various ways.

Work had progressed towards a suitable technology but there were still a number of difficulties. At this point, the University of Dundee was given a contract by the ESA to work out some of the kinks in the nascent SpaceWire standard. Appropriate technology was designed, resulting in the standard being published in 2003.

“The key benefit of the technology we developed was that it was high-speed, could provide an arbitrary architecture, and used a small amount of gates”, says Parkes. “This sort of technology needs to be resilient against radiation. As soon as you put a spacecraft into orbit, it gets impacted by radiation and that can cause a chip to flip from a zero to a one and upset the whole working of a device.

“You combat this by having inherently reliable components and introducing redundancy. We developed the technology over time, and it was a case of understanding what the limitations were with these particular standards and improving on them.”

SpaceWire is now being used on well over £10bn worth of observation spacecraft, telecoms and GPS spacecraft, as well as disaster and environment monitoring satellites. The university’s work on SpaceWire also resulted in a successful spin-out company called STAR-Dundee.

SpaceWire has already been deployed in missions by the world’s leading space programs. It is used in ESA’s GAIA star mapping mission, which is currently in orbit gathering data to form a 3D model of the stars in our galaxy, the Milky Way. It is used onboard Europe’s Sentinel series of Earth Observation spacecraft, providing environmental scientists with crucial information about our planet, and will be part of the GOES-R spacecraft which will replace the USA’s current weather satellites. It is due to be integrated into the ESA’s Euclid space telescope, which will map the distribution of dark matter in the Universe

It is designed into the James Webb Space Telescope, which will be the biggest satellite ever launched other than the International Space Station. SpaceWire will also handle data on-board Europe’s first mission to Mercury when the BepiColombo launches in 2017 on a one-year data-gathering mission.

Parkes says: “We’ve been amazed at how many spacecraft SpaceWire is used on. We’ve already exceeded our ambitions by an enormous amount. We’ve now got 20 years of experience in SpaceWire technology, and we aim to make sure the next generation resolves any issues and makes everything fully backwards-compatible.”

Dundee is now contracted by ESA to explore higher-speed serial-link technology: SpaceFibre. A very early version of SpaceFibre specified by Dundee was used by NASA during testing for the Orion Launch Abort System back in 2009. SpaceFibre operates over fibre optic or electrical cables at data rates of 2.5 Gigabits/s using current radiation-tolerant technology, with high-speeds already planned and multi-laning reaching several tens of Gigabits/s.

“SpaceWire was vey much a partnership between academia, industry and the European Space Agency, with academia doing the research, the ESA providing funding, and industry doing initial chip design and being prepared to use it on crafts. It was everyone working together, and because of that we were able to see something with a real impact.

“We were lucky. It was the right thing at the right sort of time. But there was a lot of hard work too.”

http://cs-academic-impact.uk/spacecraft/2015-05-21T16:30:06+00:00Naomi AtkinsonCase Study
Almost a hundred satellites, probes and other spacecraft are launched each year. They are dispatched to monitor the Earth, explore other planets in our solar system, study the wider universe, and provide commercial communication services. Most spacecraft are unmanned, and need a reliable and effective way to handle data, store it,...
Naomi Atkinsonnaomi@naomiatkinsondesign.comAdministratorImpact