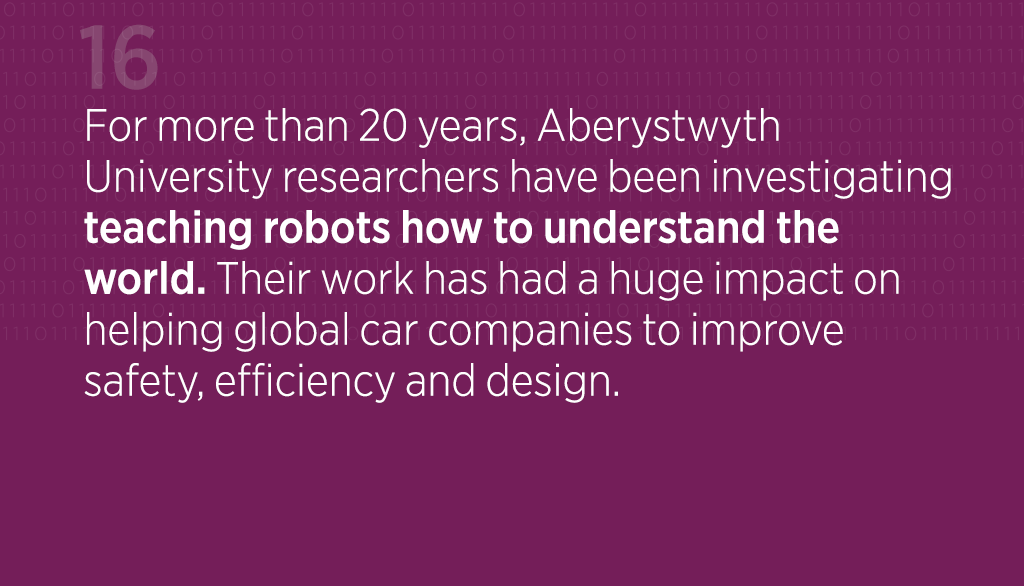 It’s a fact of life, and it’s why testing matters. And when you’ve got something as complicated as a modern car, it’s crucial to think carefully about how to minimise the effect when failures happen.

For many years, the process of checking through a car’s electrical circuit was done by hand, by trained engineers. It could take weeks.

“They’d have to look at every wire in the system, and work out what it would do to the car if it broke”, says Professor Mark Lee of Aberystwyth University. “They’d grade each one according to its seriousness. It was a very laborious process.” 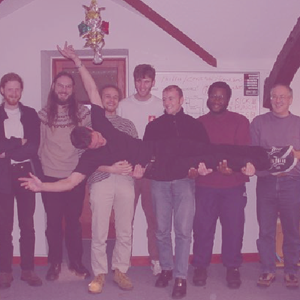 In the early nineties, a team at Aberystwyth University started looking at a more efficient option. The university’s Advanced Reasoning Group was investigating how you might create systems that could reason about and automate the analysis of physical systems. In 1990, researchers started working with Jaguar to apply that reasoning to automotive design.

The result was a system that could do the analysis in hours rather than weeks. It also enabled companies to test their designs each time they improved them, boosting safety and efficiency.

Former Aberystwyth graduate Chris Price joined the university in 1987 after a spell in industry, and went on to play a leading role in a spin-out company called FirstEarth.

He says: “Cars seemed a natural application for this. Before this, you would use a diagnostic system in which you would write down all the possible problems, how serious they were, and what the solutions were. That’s not exactly how engineers work.

When something fails, an engineer has an underlying understanding of how cars work, and traces circuits to see what the problem might be. What this system is doing is looking at an issue and reasoning that there are 17 possible things it could be, and here are a few more tests that can be done to narrow it down.

The group’s breakthrough involved applying an approach called Qualitative Reasoning to circuit design and testing. Instead of gathering a numerical reading such as a voltage from a wire in the circuit, the system is taught to apply a status label to it instead.

“When a repairman comes to mend your washing machine, they don’t go in and measure the voltages and currents”, says Professor Lee. “They look at the symptoms and figure out at a coarse level whether something is alive or dead.

“We started building circuit reasoning software that would do this. You pass around symbols that report whether a certain element is alive, dead or partially alive. In that way, you can very quickly analyse the state of a system as a whole.”

By 1993, the group was working on developing this idea with Jaguar and Ford, supported by funding from the EC and EPSRC. The system was originally called Flame, but their automotive partners weren’t exactly sold on the name.

“There were two guys called Steve Twitchett at Jaguar and Steve Leedham at Ford, whose job involved spending months analysing complex systems”, says Professor Price. “We decided to call the product AutoSteve, as it automated what Steve did, and gave him the time to go off and do other important things.”

The industrial version of AutoSteve was built by 1997 by a team that included Price, Neal Snooke and John Hunt, and Price set up FirstEarth in 1998 to market it to the wider industry. He took a year off from the university to get the company off the ground.

The software was awarded a Ford Europe Technology prize in 1999 for its impact on safety as well as cost efficiency. FirstEarth received some venture capital support in 2000 to allow it to develop its plans. Price returned to the university while maintaining an interest as Company Chairman.

Since the time taken to test a system effectively had been slashed, companies found themselves able to test earlier in development, and repeat the process more frequently.

“They found they could test the design before they built the car, and then again as they re-designed parts of it”, says Professor Lee. “They could also use it for diagnosis. It could also be applied to ‘sneak circuit faults’, where the circuit finds another route it shouldn’t be using when components are in a certain state. A computer can run through all that.

“At the time, it was a new approach. Qualitative circuit reasoning had not been applied to circuit analysis in this way.”

In 2003, the company was bought by Mentor Graphics, which has now installed AutoSteve with more than 200 automotive and aeronautic suppliers worldwide.

The benefits were clear. Ford estimated that the software had helped them to save nearly £14m a year. In one case, it enabled designers to cut around 35 pence from the cost of each automotive harness, which led to total savings of more than £1.7m over the cost of a whole production run.

FirstEarth employed 12 staff at its height, with nine trained by the university’s Advanced Reasoning Group. Six of those continued to work for Mentor after the buyout, while four are still key staff at Mentor’s Newbury research and development centre.

“At one time, it was the first or second-most popular software in their entire catalogue”, says Professor Lee. “It’s a great example of blue-skies research that found an application that had a real benefit.”

Under the terms of the buyout, Price and the team were restricted in how they could apply their expertise for three years. But in 2006, they began a project with BAE Systems, which involved helping to analyse safety cases for unmanned aerial vehicles in commercial airspace.

“We developed the process further to look at the modelling of other engineered systems”, says Professor Price. “It was particularly useful, as you could build models of the system, and interrogate them.”

Professor Lee’s research now focuses on cognitive robotics, and how you help machines understand the world. Having applied the group’s methods to hydraulics, Professor Price and Dr Snooke are now investigating using qualitative reasoning to reason about more complex systems, such as the effect of changes on how cities operate. 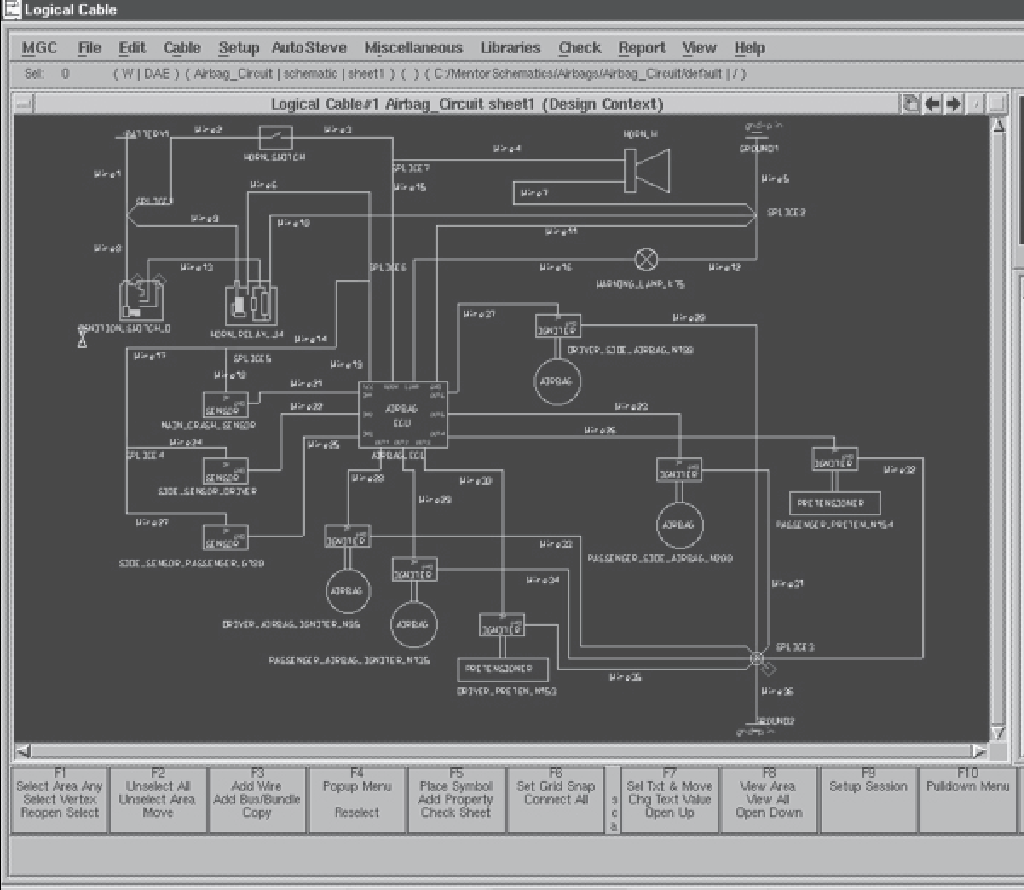 http://cs-academic-impact.uk/teaching-robots/2015-05-21T17:30:28+00:00Naomi AtkinsonCase Study
Things go wrong. It’s a fact of life, and it’s why testing matters. And when you’ve got something as complicated as a modern car, it’s crucial to think carefully about how to minimise the effect when failures happen. For many years, the process of checking through a car’s electrical circuit was...
Naomi Atkinsonnaomi@naomiatkinsondesign.comAdministratorImpact