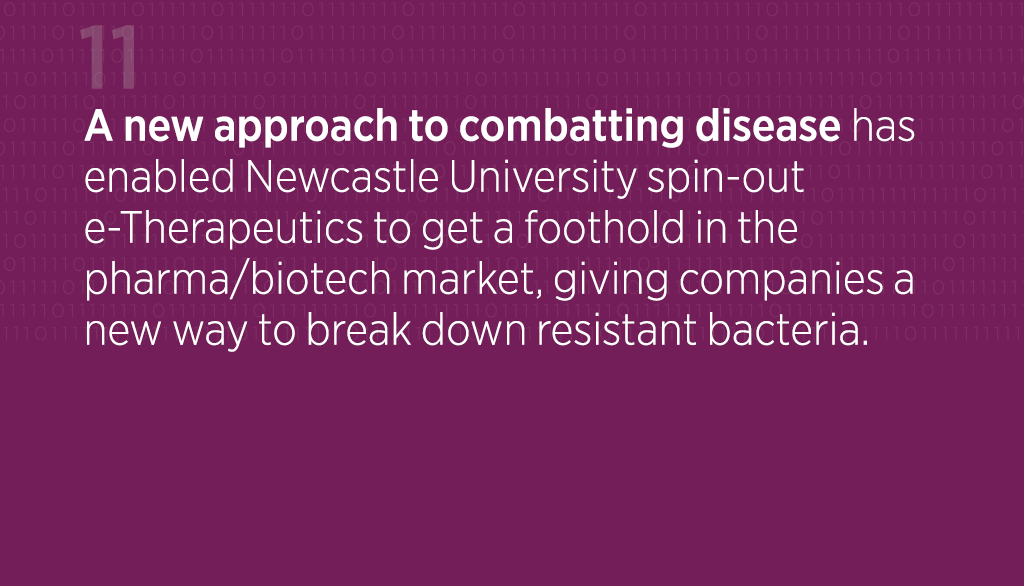 Drug discovery is getting harder.

It is no secret that research and development spending by pharmaceutical companies has become less productive in recent decades. The Office of Health Economics estimates the average cost of developing a drug at £1.2bn. It can take around 10 to 15 years to reach the market. Many drugs fail clinical trials. And even then, there’s concern that bacteria are becoming more effective at adapting to attacks. 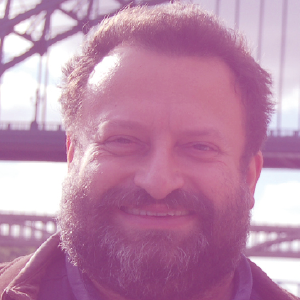 In 2002, Malcolm Young and Peter Andras were among the co-founders of a university spin-out company called e-Therapeutics. Their perspective was that the industry needed to change the way it thought about combatting disease.

“The conventional way of doing it was to get a number of chemical compounds secreted by fungi or other bacteria, and see if they worked on a disease”, says Peter Andras. “You’d look at molecules secreted by an organism that had antibiotic effects, and measure how effective they were.

“It was essentially a trial and error approach, but there weren’t many other alternatives.”

Many traditional antibiotic molecules block the functionality of certain target molecules that play an important role in certain bacteria. The danger of this is that bacteria could adapt to familiar assaults, recruiting enzymes that break up the antibiotic molecules or render them ineffective through modification.

Instead, e-Therapeutics used algorithms to map the networks of interaction between proteins of bacteria and cells of their host organism. From there, it could identify targets; not just the network hubs and bottlenecks that drugs traditionally attacked, but other structurally-important elements that were previously ignored. It also advocated combining drugs to hit more than one target simulaneously, making defence a much trickier task for the bacteria.

“If you attack unusual targets the chance of the bacteria working against them is much lower”, says Andras. “If you can target two molecules rather than one, the bacteria needs to defend against two attacks at the same time.”

This approach did not just open up new targets in the battle against complex diseases such as depression and cancer. It allowed drug companies to re-purpose drugs that may not have been effective on their own, by using them in combination with others.

Five years after being established, e-Therapeutics listed on the London Stock Exchange’s Alternative Investment Market. By 2013, it was valued at £92.7m, and was the eighth-largest pharmaceutical/biotech company in the UK marketplace by market capitalisation.

According to the UK Higher Education Business Community and Interaction Survey, the average external investment in a university spin-out was around £700,000 per company. e-Therapeutics raised £18m in 2011, and a further £40m in 2013. 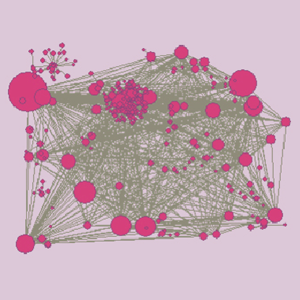 The earliest image representation of a protein
interaction network

So how did it start?

In 2002, Peter Andras joined Newcastle University’s School of Computing Science as a Lecturer in Complex Systems. His expertise was in network analysis and its applications, and he worked with colleagues to develop algorithms that analysed how a bacterial protein interaction network was structured. The team then identified the right set of proteins to target, based on how much the protein representing nodes of the network contributed to the structural integrity of the network. For example, penicillin-binding proteins that are targeted by penicillin are structurally critical bottlenecks, while ribosomal proteins attacked by tetracycline are hubs in the protein interaction networks of bacteria.

Having developed an algorithm to pick out these targets, they put them in a workflow to help prioritise which drug candidates would be tested first.

Anil Wipat led the workflow development, working with e-Therapeutics as part of a Knowledge Transfer Partnership. The team also collaborated with the Faculty of Medical Sciences.

“Our most intensive research was from 2002 to 2007. We collaborated with biologists, and tried to develop the visualisation side as well.

“We published a few papers but mainly focused on patents. Our first patents were in 2007/8, and since that time we’ve added a number of patents in the UK, US and EU relating to this technology.

“The project managed to get a few extensions, and the company got some small amounts of funding from local investment funds. In 2007, the first major investment came in.”

There are currently 20 e-Therapeutics employees located between sites in Oxfordshire and in Newcastle. Andras is not one of them. He retains a shareholding but began a new stream of research on network analysis in 2008. He is now at Keele University.

“My current work applies the same type of thinking to large-scale software systems. We look at automated tools that identify the right parts of the code to change in order to fix or modify the behavior of the software. We discover which methods or functions are most important, and which relate to certain requirements.”

In the meantime, two drugs developed by e-Therapeutics are being evaluated in clinical trials. Anti-cancer drug candidate ETS2101 is in Phase 1 in the UK and US. The second is an anti-depressant called ETS601, which is beginning its Phase 2b trial shortly.

The contribution has not been forgotten. According to company CEO Malcolm Young, the work of Andras and Wipat at Newcastle University “has positioned e-Therapeutics as a world leader in the new science of network pharmacology drug discovery”. 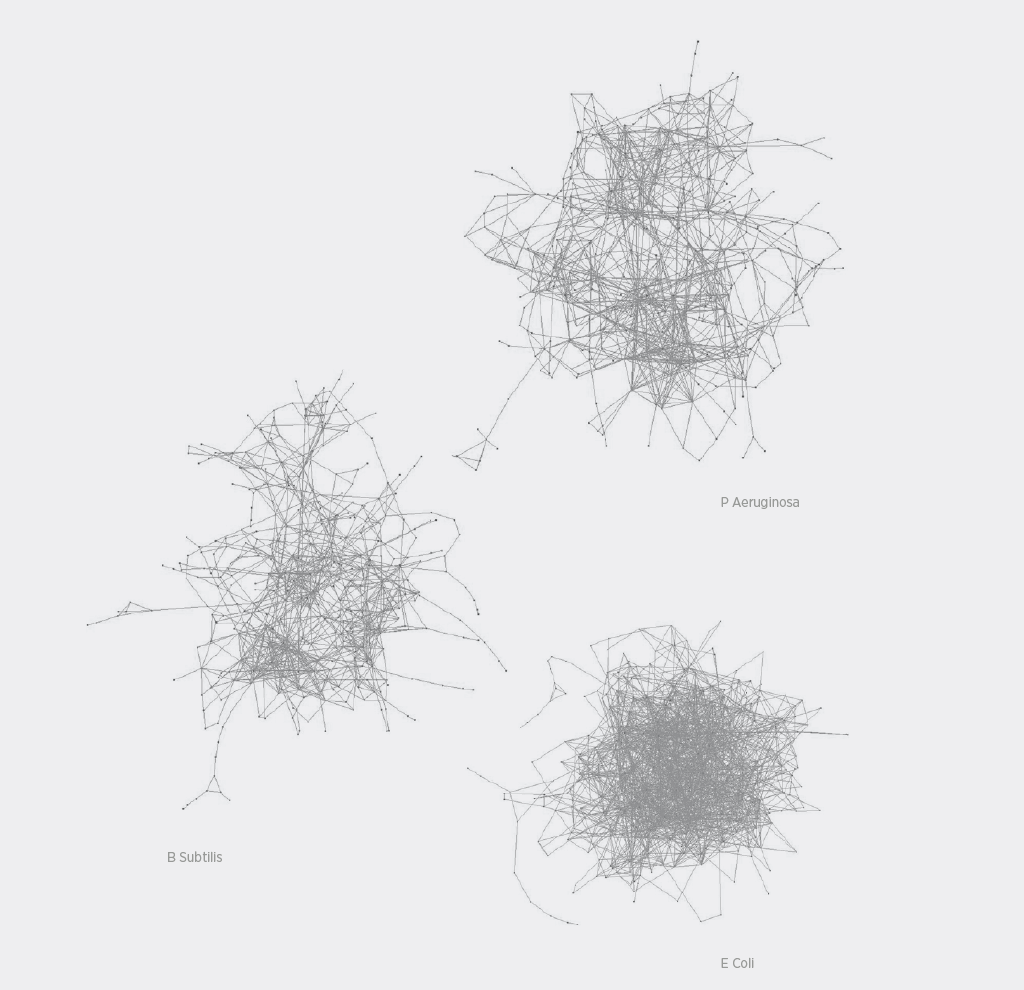 http://cs-academic-impact.uk/e-thereputics/2015-05-21T20:00:22+00:00Naomi AtkinsonCase Study
Drug discovery is getting harder. It is no secret that research and development spending by pharmaceutical companies has become less productive in recent decades. The Office of Health Economics estimates the average cost of developing a drug at £1.2bn. It can take around 10 to 15 years to reach the...
Naomi Atkinsonnaomi@naomiatkinsondesign.comAdministratorImpact